The Coffee Industry in Vietnam

Take a break from your busy day, grab a cup of joe, and learn more about the coffee culture in Vietnam.

For the Vietnamese, their coffee culture is much more than a quick boost of energy to get through a hard day at work or school. For them, it is an integral part of their daily life. Numerous coffee shops can be found lining up on the streets of Saigon and Hanoi, as well as on many small-town roads. And no matter the time of day, they are always a great place to unwind or socialize.

Therefore, it is hard to believe that coffee was virtually non-existent in Vietnam at the turn of the 20th century. However, fast forward to the new millennium, and Vietnam has risen to become the second-largest exporter of coffee in the world (after Brazil).

History of Coffee in Vietnam

The introduction of coffee to Vietnam came in 1857, when a French Catholic priest traveled to Northern Vietnam, bringing an Arabica tree with him to start a small business. Despite being successful in his attempts, it wasn’t until the early 1900s that the Robusta bean reached the nation’s central highlands, where the climate and soil offered ideal conditions for growing coffee. As the years passed, plantations began to grow in Dak Lak province (located in Vietnam’s Central Highlands) and the adjacent regions, allowing the coffee industry to flourish.

However, the ‘Doi Moi’ economic changes of 1987 marked a turning point for the coffee industry in Vietnam, which forced the country to enter the global market, which significantly increased commerce. Shortly after, Vietnam surpassed Colombia to become the world’s second-largest coffee exporter.

Furthermore, excluding the millions of coffee workers globally, an estimated 3 million people in Vietnam depend on the agricultural coffee industry.

Coffee is an important part of Vietnamese life, and the country’s coffee market has grown exponentially over the past decade. It is now a multi-billion dollar industry in the country, and it continues to expand as more people become familiar with Vietnamese coffee and its unique taste.

According to Statista, the Vietnamese coffee segment will generate approximately $5.90 billion in 2022. Furthermore, the coffee market in the country is forecasted to grow by 5.99% annually between 2022 and 2025 (CAGR).

Coffee consumption in Vietnam is also set to rise significantly and it’s expected that by 2025, 78% of spending and 21% of volume consumption in the Coffee segment will be tied to out-of-home consumption (e.g. cafes, bars, and restaurants).

With more people becoming familiar with Vietnamese coffee and its unique taste, it’s no surprise that coffee consumption in the country is on the rise. It will be interesting to see how the coffee industry develops in Vietnam over the next few years and whether or not it can maintain its current level of growth.

How the Coffee Industry Has Developed in Vietnam

The Rise of Vietnamese Coffee Culture

According to our latest study, which looked into the consumption, opinion, habits, and perception of over 1,000 Vietnamese respondents on different brands and topics, Vietnamese consumers buy coffee the most (39.6%), followed by soft drinks (35.6%) and bubble tea (30.7%).

We can attribute this overall preference for coffee in Vietnam to the rise of Vietnamese coffee culture. More and more coffee shops are opening in Ho Chi Minh City and Hanoi, partly due to the growing number of young people willing to spend money on quality coffee. It is also partly because of the influence of Western culture on Vietnamese society. As more foreigners visit or live in Vietnam, they bring with them their love of coffee.

The Growth of the Middle Class

Another factor driving the growth of Vietnam’s coffee industry is the country’s rapidly growing middle class. More people have disposable income to spend on luxuries like gourmet coffee. This growing demand has led to an increase in specialty coffee shops and a proliferation of instant coffees and other packaged coffees targeting the middle-class consumer.

In the same study, Trung Nguyen was found to be the most popular coffee place brand in Vietnam, with 33.7% of respondents claiming it to be their favorite. Our study has also shown that men agreed with the overall general preference for Trung Nguyen Coffee (45.8%) among other brands, while the women admitted to preferring and drinking more Highlands Coffee (30.7%).

An Abundance of Cheap Labor

Despite being the world’s second-largest coffee producer and exporter, the coffee industry in Vietnam is currently facing many challenges:

Climate change with extreme weather conditions has set coffee-growing regions in danger. Vietnam may lose 50% of its current Robusta production area by 2050 due to rising temperatures and changing rainfall (According to the CIAT, International Center for Tropical Agriculture).

Nearly 50% of the Vietnamese coffee trees grown are from 10 to 15 years old, which delivers the highest yield. About 30% of other coffee trees come between 15 and 20 years old, and roughly 20% are over 20 years old. Coffee production in Vietnam will mainly rely on these trees in the forthcoming years. As a result, it is hard to guarantee productivity.

The area of newly cultivated coffee trees has expanded significantly in recent years. Still, most are located in inconvenient areas with shallow, steep slopes and a lack of irrigation water. Therefore, even though newly planted acreage has been scaled up, achieving high economic efficiency is challenging due to increased production costs and low productivity.

Intensive agriculture practices in the past required too much input (irrigation, fertilizer, and more) to acquire maximum yields. Consequently, this depletes coffee trees and results in seriously contaminated soil, leading to various diseases and pests, including fungi and root nematodes.

The small scale and fragmentation of household production have caused low-quality and unbalanced output. The differentiation in investment, harvesting, and processing among coffee farmers has influenced the quality of Vietnam’s coffee industry.

The Future of the Coffee Industry in Vietnam

Vietnamese policymakers have introduced long-term reforms to cope with the coffee industry’s challenges. In 2014, the government proposed a sustainable coffee development plan for 2020 that looked out for a vision for 2030. This program aimed to sustain economic and environmental resources for the coffee industry.

They set specific economic targets for the sector’s performance and environmental goals. Specifically, the program raises a nationwide limit of coffee cultivation to 600,000 hectares and replaces old low-yielding coffee plants with new and more productive varieties.

These goals show a desire to maintain Vietnam’s position as a coffee “giant,” ensuring stable production conditions for the future.

Vietnam’s coffee industry is booming thanks to many factors, including the rise of Vietnamese coffee culture, the growth of the middle class, and an abundance of cheap labor. These factors have contributed to increased demand for local and internationally-produced coffees. As this demand for coffee continues to grow, we can expect Vietnam’s coffee industry to expand in the years to come.

Still, the country needs to prepare strategic plans to break down the barriers and challenges and solidify its standing in the worldwide coffee industry. 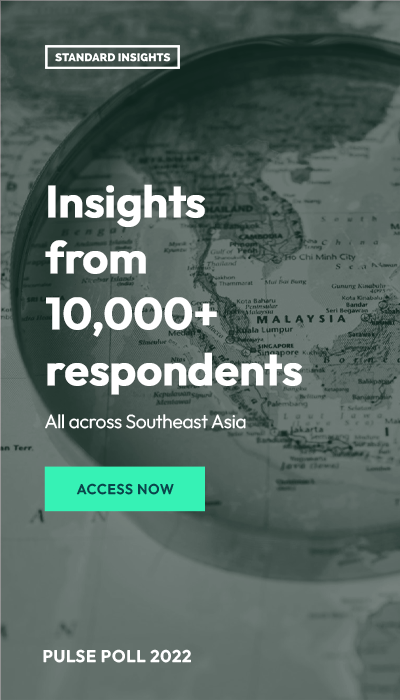 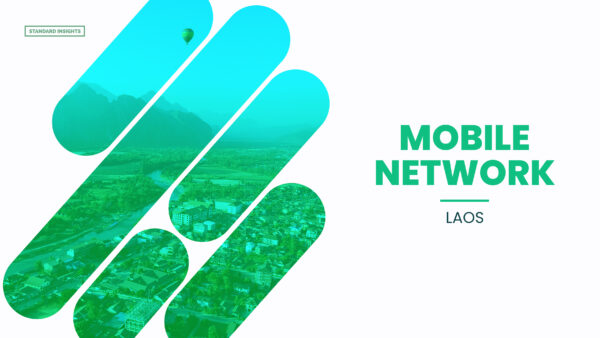 Learn more about our key insights on the behavior, habits, satisfaction, and preferences of Laotians about their mobile network operator. 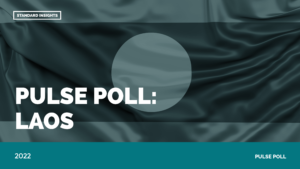 Get to know the local population with our unique set of insights gathered in Laos from an extensive survey conducted in 2022. 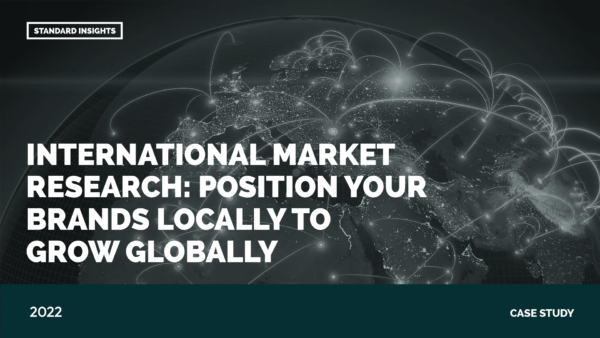 Learn how an FMCG company consulted with Standard Insights in using market research on brand positioning in 7 Asian countries.